Champion Red Branch Mystic Druid was born on September 7, 2007. His dam is Ch. Mullagboy Mocha on the Money and sire is Ch. Bantry Bay Absolutely Seamus. Druid was named after the class of priests and prophets in the ancient Irish culture, because he is rather vocal, always interpreting the meaning of events to us. He likes to sing songs. Druid has a sweet personality with people, but will show a fierce courage when he thinks it necessary. He has CGC and RA titles. 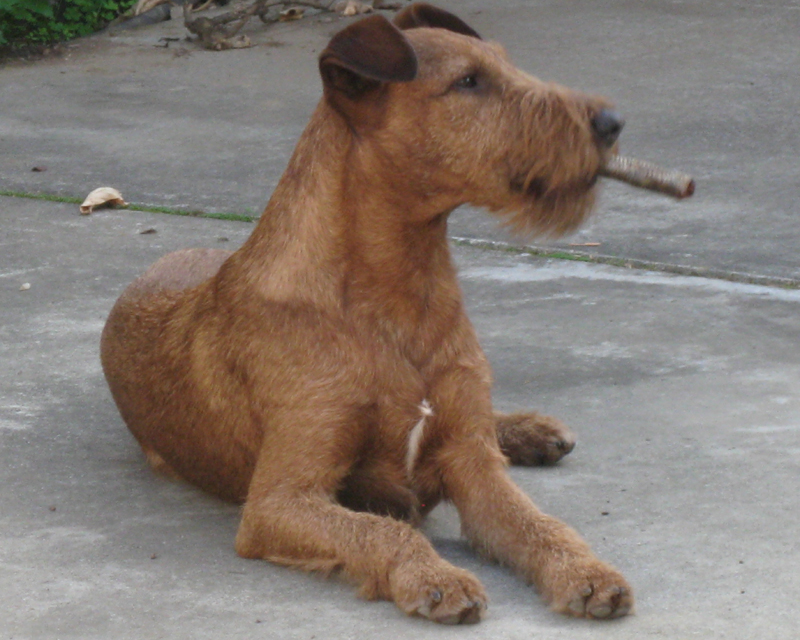 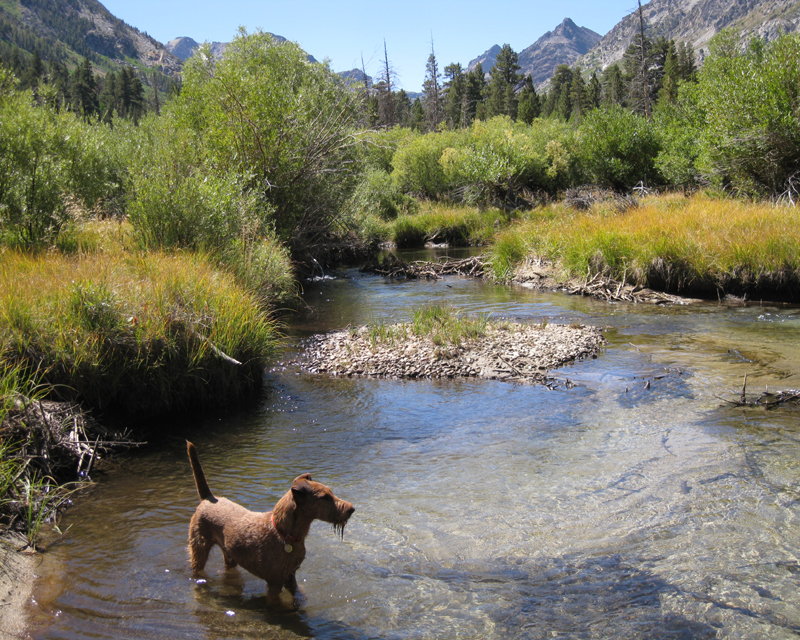 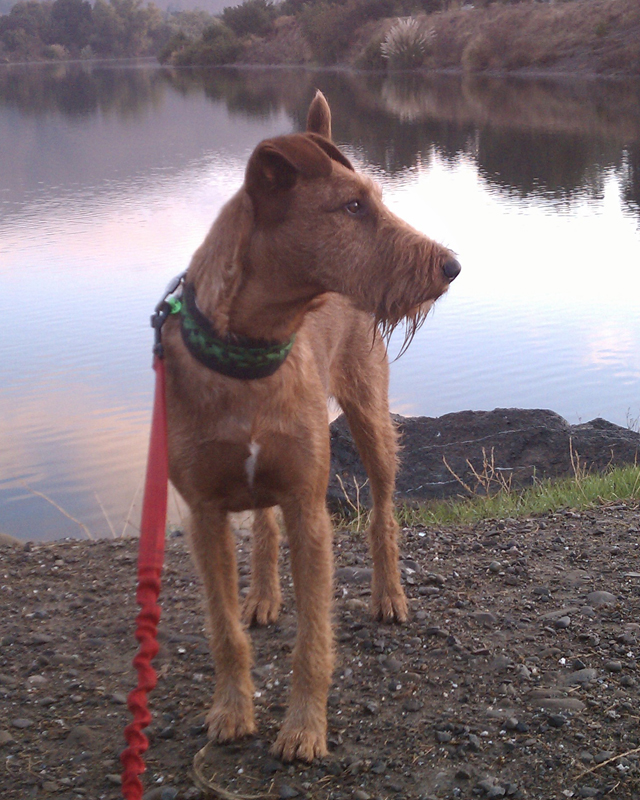 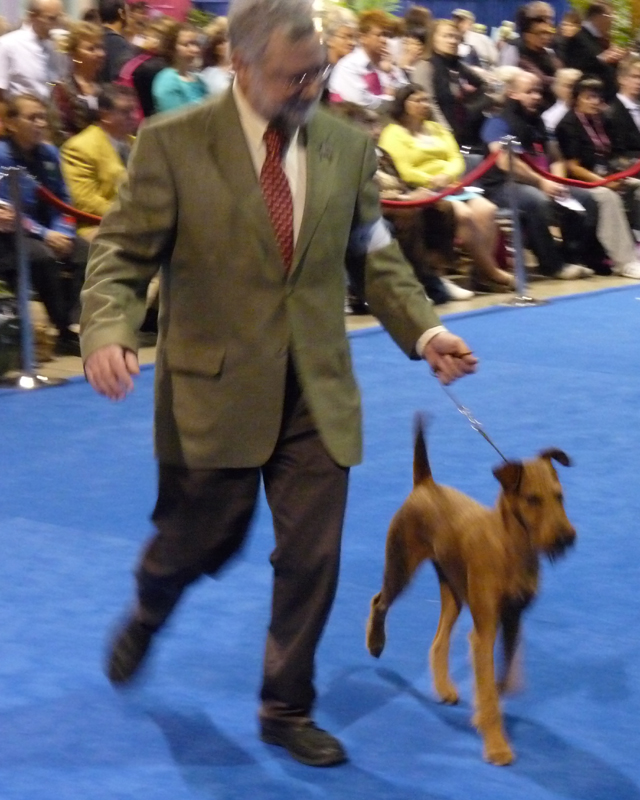 Druid and his Friend Basilio. May 2011

In July of 2012, we tearfully bid Good Bye to our beloved companion Druid and sent him to his new home. Druid's wonderful new friends give him an abundance of love, freedom to run in the fields of rural Pennsylvania, and the opportunity to strut his stuff in front of an admiring crowd in New York City. 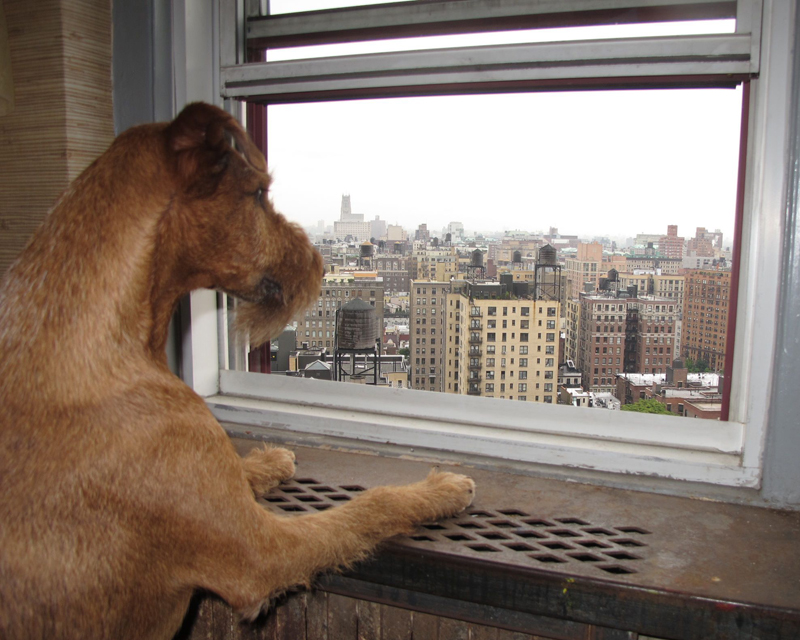 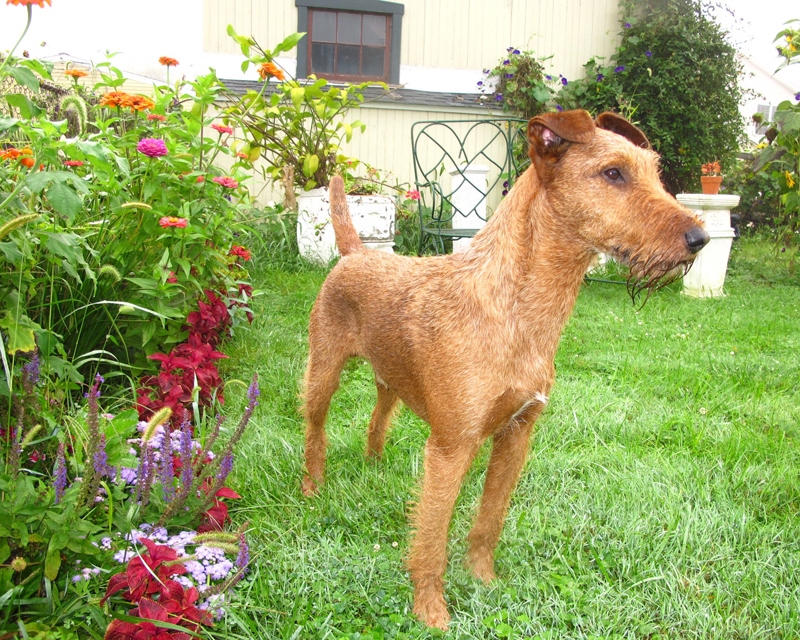 Druid puts all rabbits on notice: "You shall stay out of my garden!" September 6, 2012
Photo by Everett H. Scott 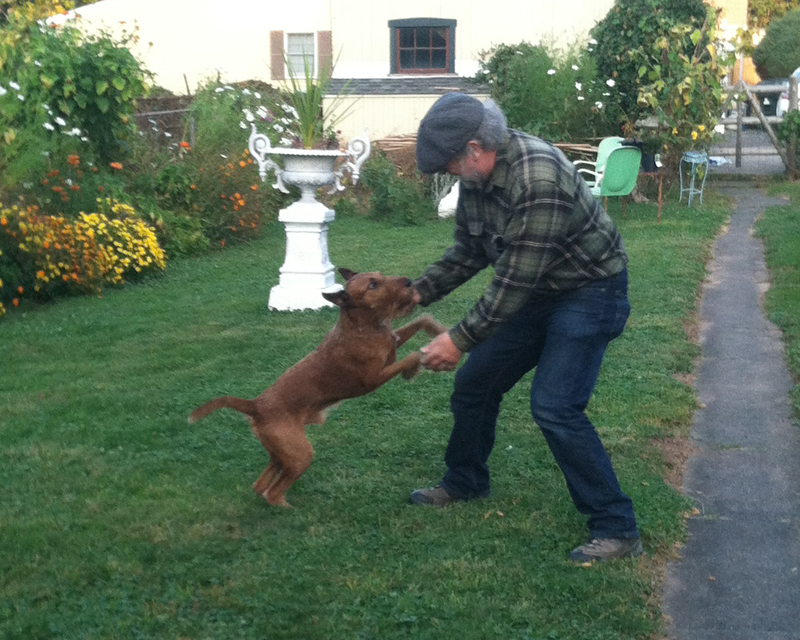 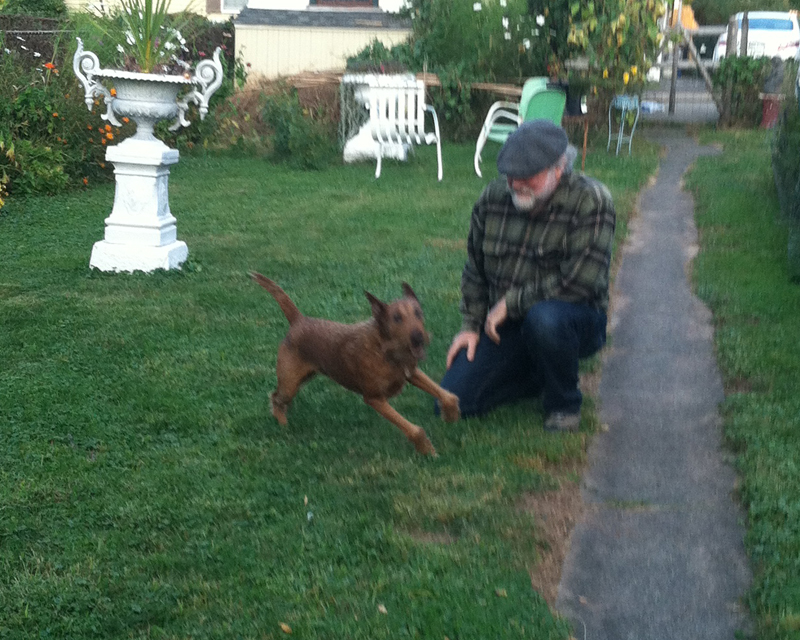